A few weeks ago, I was able to see Tyrone Wells in concert at City Winery in NYC and, at the same time, was introduced to a new artist. Opening for Tyrone Wells that night was a young, impressive performer named Nick Howard.

Nick Howard is a singer-songwriter from England who currently lives in NYC. He was actually the winner of the German television show called The Voice of Germany in 2012 and is very popular in that area of the world. Nick has an incredibly engaging personality and was a pleasure to watch live on stage with just his guitar. He was charming, playful, self-deprecating, and very talented. I am posting my favorite song from his performance that night. I love this song with the catchy tune and playful sound. I think it will be a hit! The single was released in November 2013 and he has a new album, called Living in Stereo, coming out later this month. I am looking forward to checking out the new album.

A new song by a new discovery for me on this #MusicMonday. Have a great week! 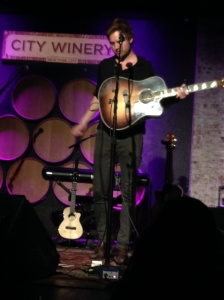 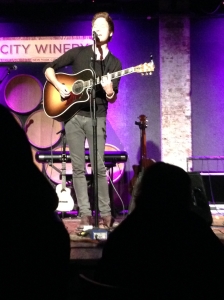 View all posts by notyourmomsplaylist